Written by Matt Huppert, Communiations Associate at The Cove School

With the light of the summer sun pouring onto his workstation, Cove School Junior Sean Phelan of Wilmette trimmed the stems on a tall leafy stock, collected a handful of multi-colored flowers and bunched it all together for a bouquet.

“Are you on your fourth one now Sean?” coworker Kelsey Weir asked.
“I am!” Sean said.
“Perfect, great speed.”
“Thank you!”

It’s the kind of conversation Sean got used to at his internship last summer at Flowers for Dreams, the Chicago and Milwaukee-based floral delivery company. Conversations made only more meaningful because of their difficulty. 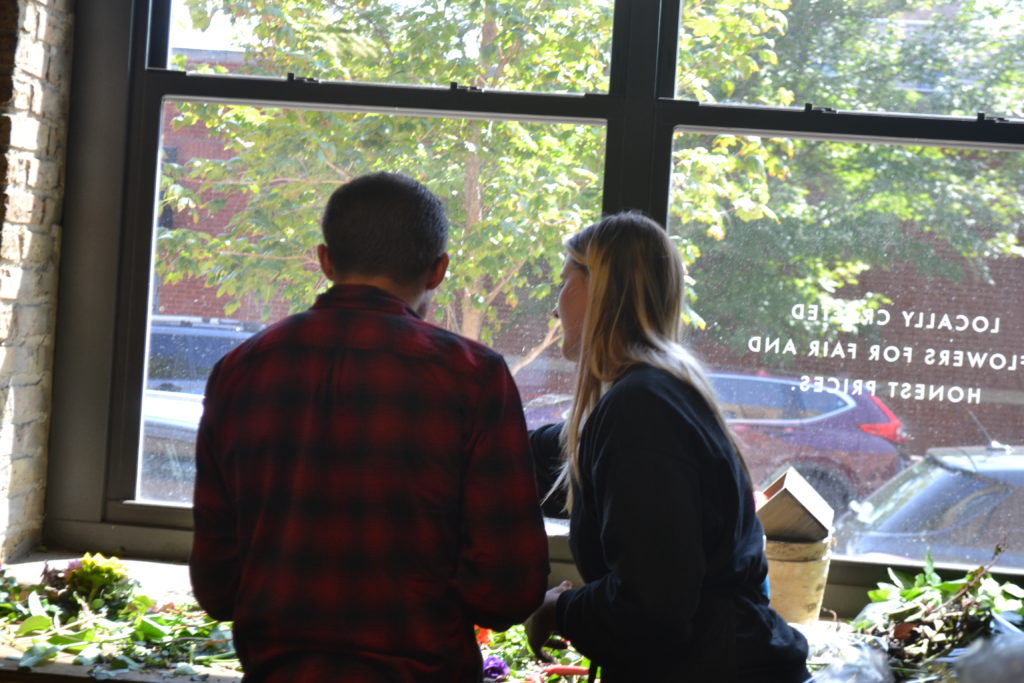 Sean has a language processing delay and stutters, his mom Cindy Phelan of Wilmette said. Due to this, he struggles to get his thoughts out fluently and succinctly. Like many parents at Cove, a K-12 school in Northbrook for students with learning disabilities, Phelan has had worries about how Sean’s disability will be perceived when it’s time to look for jobs.

“It takes patience and compassion of an employer,” Phelan said. “There are some special workplaces out there for people with disabilities, but not enough.”

It’s Sean’s passion for flowers that led Phelan, with the guidance of Cove’s Transition Department, to reach out to Flowers for Dreams. In fact, The Cove School had the significant honor of being chosen as Flowers for Dreams’ August 2019 charity.

Michael Zucker, Director of Development at Flowers for Dreams, was initially introduced to Cove in August of 2016. He quickly connected with Young Professionals for Cove (YPC), a group of young adults who support the overall mission of Cove.

Zucker volunteered at Cove events, such as the Annual Benefit and Cove’s Career Day. In fact, he remembered Sean’s enthusiasm for flowers when he taught Sean and other Cove students about floral arrangements. 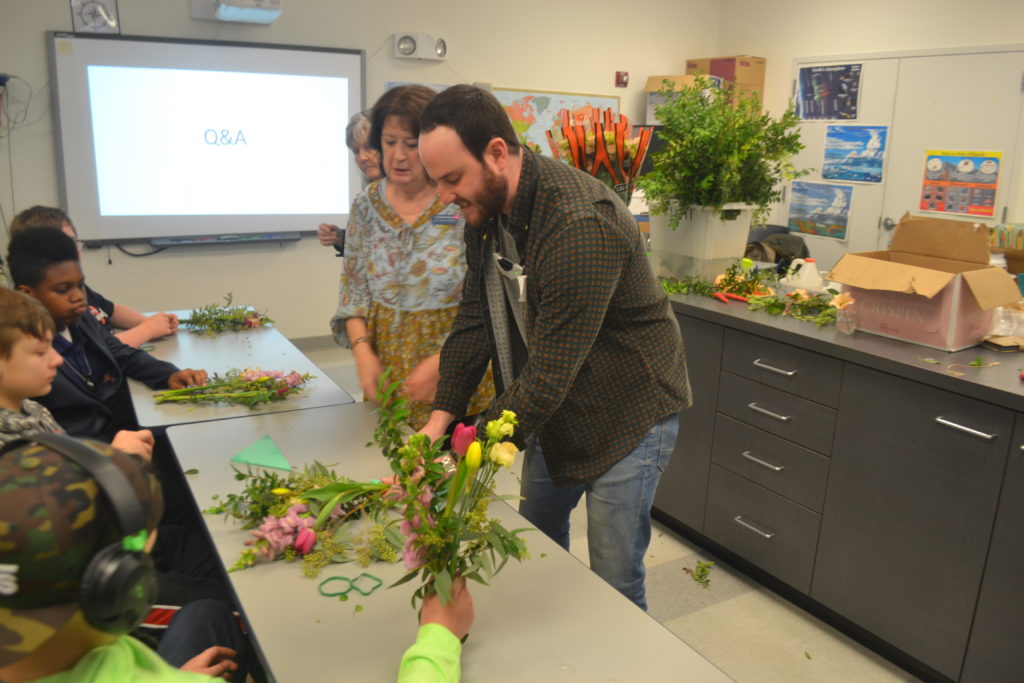 Zucker said he initially wondered what kind of an undertaking bringing Sean into one of the busiest florists in the Midwest would be for himself and other employees. He said since Sean started, however, his passion, work ethic and determination quickly dispelled any concerns.

“It’s more of a reminder of ‘you can’t judge a book by its cover.” Regardless of his disabilities, he’s very capable. I know sometimes it’s a struggle for him to get it out, but you can tell he’s computing everything. He’s very capable of performing at a high level.”

At his internship, Sean gained invaluable knowledge and skills related to the floral industry, Zucker said, skills which will no doubt help Sean’s future ambitions of working as a florist.

Phelan said she appreciated seeing her son take this passion to the next level in a way that will widen his future prospects.

“For me, I loved dropping him off to work and knowing he was happy,” she said. “The company was friendly and excited to show him the ropes with flowers. I loved to see Sean take his interest with flowers a step further. As a parent, it is exciting to think of his future!”

Phelan said she hopes other Cove parents and other parents of children with disabilities know that there are businesses that accommodate disabled employees, like those who regularly take Cove student interns with the help of Cove’s job coaches and transition specialists.

Moreover, Zucker said he would encourage local businesses who may be hesitant to bring on employees with disabilities to do so, thinking not only of the benefit on the individuals themselves but of the positive impact on their business and the community as a whole.

“There’s a role for everyone at everyone’s company,” he said.

In just a month’s time, Sean’s coworker Kelsey Weir said he had already made an impact on her and their coworkers.

“He’s such a bright person to have around,” Weir said. “It’s fun to teach him because he seems super happy and is really eager to learn everything. He just kind of makes everyone happy.”